Standard set for next crop of DGR stars

Duncan Ramage’s influence as a distinguished Bloodstock Agent was highlighted at the recent Inglis Weanling Sale when the Capitalist colt out of former DGR yearling purchase Laylia realised the sale-topping price of $400,000.

Bought by Duncan for $70,000 at the Inglis Easter Yearling Sale for prominent owner Dato Tan Chin Nam, Laylia won three races and just shy of $150,000 in prizemoney. Retained by Dato’s Think Big Stud following her racing career, the daughter of Redoute’s Choice, like many of Duncan’s yearling purchases, has proven to be an excellent broodmare.

As Think Big Stud looked to downsize their breeding operation, Laylia was sold to Newgate Farm client Ashton Bloodstock where she has continued to produce outstanding types that have evidently gained plenty of admirers.

The trend continued the following day when former DGR yearling purchase Into the Abyss fetched $700,000 during the star-studded Inglis Chairman’s Sale.

Initially purchased by Duncan for $240,000 at the Magic Millions Gold Coast Yearling Sale, Into the Abyss won three races, was Stakes placed on ten occasions and banked $365,000 in prizemoney.

A lovely, athletic type from day one, Into the Abyss has a prosperous breeding career ahead of her and just like Laylia, her progeny will no doubt be at the top of sales leader boards in years to come.

Out of the sales ring, there is plenty of excitement building as the most recent crop of yearlings move their way through the DGR system.

Duncan secured five yearlings at the 2021 Magic Millions Gold Coast Yearling Sale, the first of those being the precocious son of Caravaggio out of Kimblewick. Broken in by DGR’s primary NSW horse breaker Hannover Lodge, he has already progressed through a rotation at trainer Anthony’s Cummings stable in Randwick.

It’s certainly very encouraging for Duncan to see four early individual 2YO winners for Caravaggio in England, Ireland and France from his first crop runners; three of which are touted to be Royal Ascot 2YO’s. Limited ownership opportunities remain in this colt, click here to find out more.

The So You Think ex Lassie Mactavish colt was given time to get over his round trip from South Australia to the Gold Coast and back to New South Wales post the Magic Millions Sale.

Following a spell, he travelled down to trainer Phillip Stokes’ training facility at Pakenham in March to begin the early stages of his career as a racehorse. Think Big Stud is pleased to be racing this colt with long time partners that have enjoyed joint success with DGR managed Group winners Good Idea and Purple Sector.

With his sire So You Think’s service fee doubling this season ($77,000 in 2021), this colt was superb value and snapped up very quickly by clients of DGR and Phillip Stokes.

The So You Think ex Perfectly Safe colt was broken in at Hannover Lodge after the sale and thrived during his time at trainer John Sargent’s stable in Randwick. The reports were glowing and it was evident that he thoroughly impressed John and his trackwork riders before heading out for a spell.

He is currently in pre-training and will venture back to John’s stable in the near future. His sire So You Think can do no wrong which saw keen interest to complete his ownership group.

The Pierro ex Redoute’s Street filly stayed in QLD where she was broken in by trainer Chris Anderson’s primary horse breaker, Washpool Lodge. She has progressed through Chris’s Eagle Farm-based stable with ease and is currently out spelling ahead of an impending training prep.

She was a very popular filly and Think Big Stud put their hand up to take a healthy portion of the ownership interest along with a group of Chris Anderson’s owners.

Also trained by Chris Anderson, the All Too Hard ex Nikkirina colt took the same route as the Pierro filly. He was broken in at Washpool Lodge, spent a successful stint at Chris’s Stable and is currently spelling ahead of his next training preparation. He was a highly sought after colt and will be raced by an ownership group that includes Think Big Stud and some of Chris Anderson’s loyal clientele.

Duncan purchased three yearlings at the 2021 NZB Karaka Yearling Sale. The first of the Kiwi cohort is the well-related Tavistock colt out of Zeranti who will be trained by Peter and Paul Snowden at Randwick.

His full-brother, The Irishman and sire Tavistock have done a phenomenal job over the autumn carnival and the ownership of this colt was subsequently filled fast.

The Tavistock ex Ziffel colt heading to John Thompson in Randwick was a horse that represented great buying and like the other Tavistock colt, generated plenty of interest.

Both Tavistock colts spent their post-sale break at Cambridge Stud before being broken in by expert horseman Mark Brookes.

The So You Think ex Dazzling Lady filly also purchased at Karaka, headed to Curraghmore Stud for a break following the sale and joined the Tavistocks at Mark Brooke’s.

Trainer John Sargent thought so much of this filly that he and his brother opted to take an ownership interest in her. There is a small piece of this filly remaining, click here to find out more.

All three yearlings completed their breaking prep together before spelling at Curraghmore Stud. They will return to Mark’s pre-training facility in a week for a brief prep before flying directly to Sydney, where they will join the stables of their respective Randwick-based trainers at the end of the month.

Duncan purchased one yearling from the 2021 Inglis Classic Yearling Sale, a colt by Smart Missile out of Canasta Queen.

He has followed a similar path to the Magic Millions purchases and was broken in at Hannover Lodge before spending an educational prep at John Sargent’s stable prior to spelling.

This colt was purchased by a large collective group of owners who have enjoyed early success as part-owners of our recent purchase, Encountabul, in conjunction with his trainer John Sargent. They have expanded to take sole ownership of this colt.

Duncan purchased two yearlings at the 2021 Inglis Easter yearling Sale. Striking early in the sale, he secured one of only seven yearlings offered from the last crop by Champion sire Redoute’s Choice (ex Phyllis Maud).

This colt obviously struck a chord with his assigned trainer Peter Snowden who took a personal share himself. A small ownership opportunity in this colt is available, click here to find out more.

The So You Think ex Freyja colt completed Duncan’s buying at the sale. Being a half-brother to a G1 winner, by a hot proven sire, his popularity was immense and DGR was delighted to welcome a group of new owners to race this colt with.

To remove any stress from their bodies and minds, we followed our tried and tested method of giving yearlings a short break post-sale. Both colts commenced their early ridden and breaking education at Hannover Lodge on Monday. 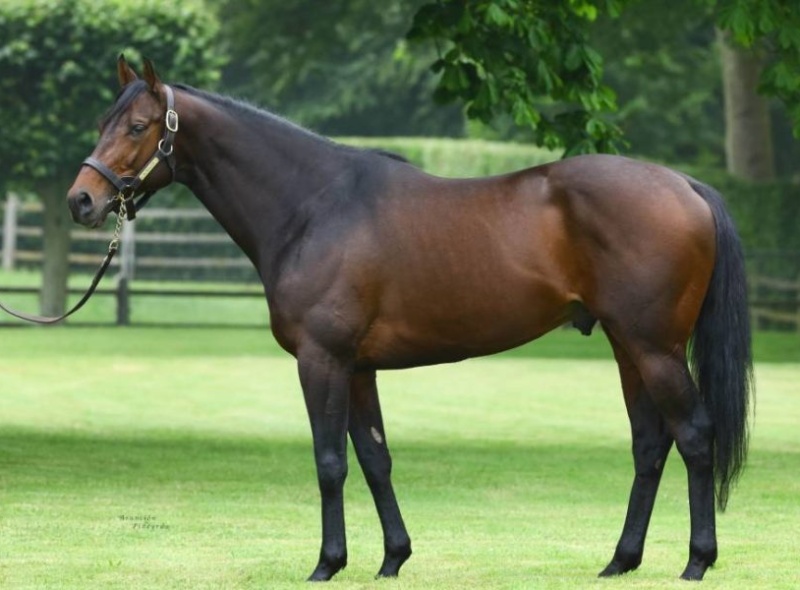 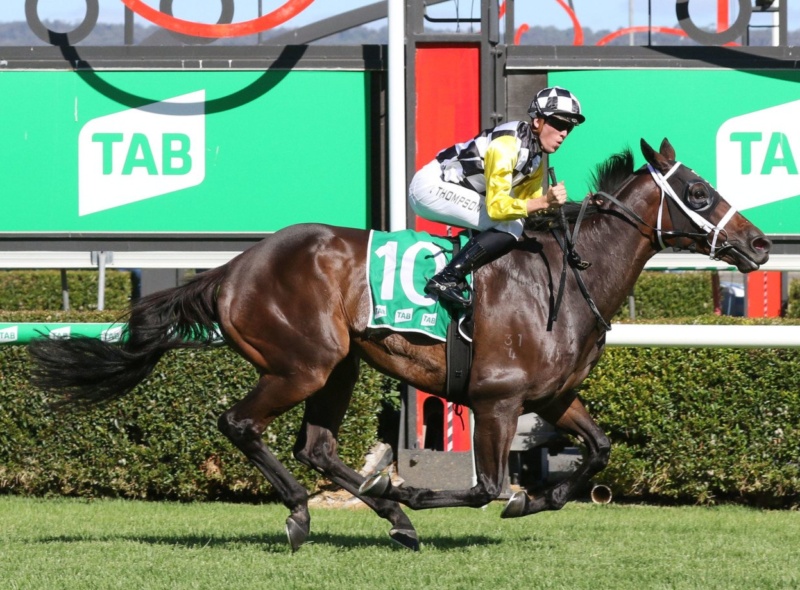 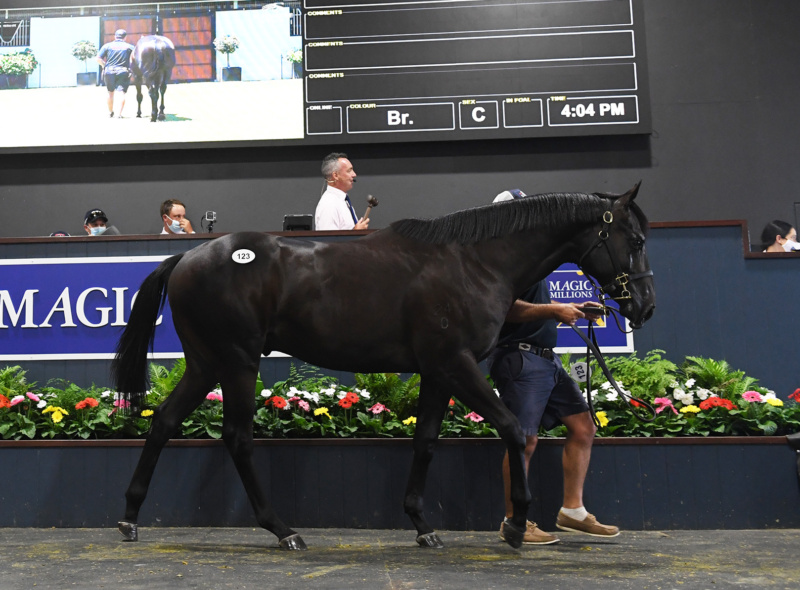 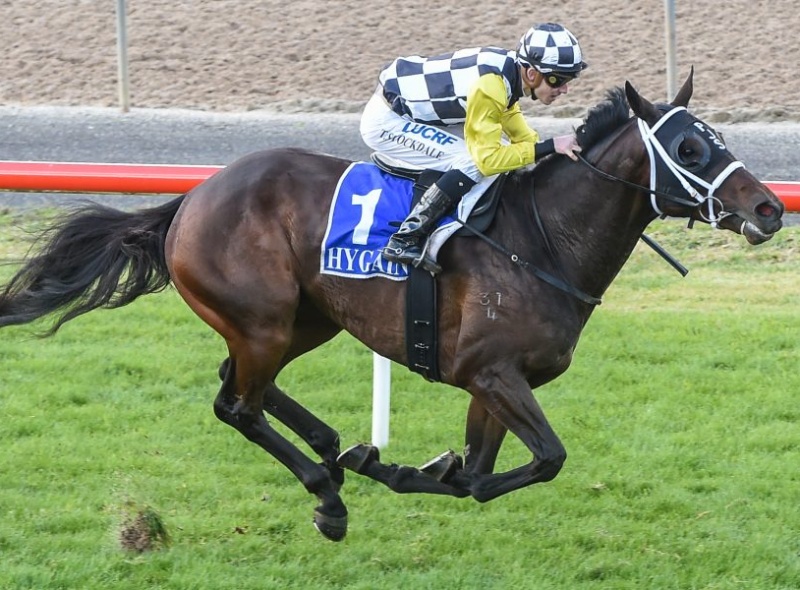