A trio of expensive yearling purchases searching for their first win did battle over 1400m in the opening event at Warwick Farm on Wednesday.

It was Kia Ora Stud and partners that could breathe a little easier after the Smart Missile filly Alighted did enough to open her winning account. At the same time, connections of a pair of I Am Invincible geldings, $1.4million Captivare and the $1.3million Volterra will have to wait for another day.

Ridden by Jason Collett for trainer Anthony Cummings, Alighted settled back off a three-horse war up front and was much the strongest at the finish.

The daughter of Smart Missile defeated Volterra by one and a quarter lengths with Lucky To Win (Deep Field) five and a half lengths back in third ahead of Captivare in third.

Consigned by Sledmere Stud to the Magic Millions Gold Coast Yearling Sale, Alighted became the most expensive yearling by Smart Missile in 2019 when knocked down to DGR Thoroughbred Services/Anthony Cummings Thoroughbreds for $360,000.

“The leaders were labelled urgent, and that helped us, I think, Cummings said.

“Her race fitness came into play. She is a really nice filly, and I think that is the first time she has run up to her work. Hopefully, she can go on with it from here.

“She will come back to town, and we will step up in distance.”

Bred by Woodpark Stud, Alighted is the second foal of the Smart Strike mare Aloona (USA).

A half-sister to Group III winner Galatee, the dam of Group II winners Dartmouth and Manatee, Aloona (USA) was quick off the mark with her first foal Aylmerton (Siyouni), winning the Group II Todman Stakes.

Aloona has a 2yo Astern colt named Arnaqueur who won on debut at Kembla Grange before finishing fourth in the Listed Fernhill Handicap the finished midfield in the Group 1 ATC Champagne Stakes.

Tom Magnier purchased a Not A Single Doubt yearling filly out of Aloona for $1million at Easter.

After foaling a Snitzel filly last spring, Aloona (USA) was covered by Capitalist.

Carif on song for Brisbane Cup 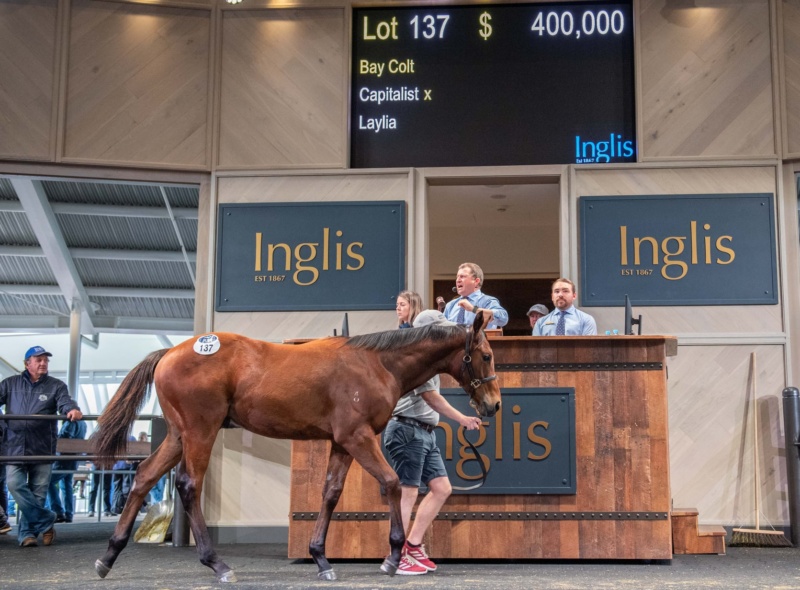 Standard set for next crop of DGR stars